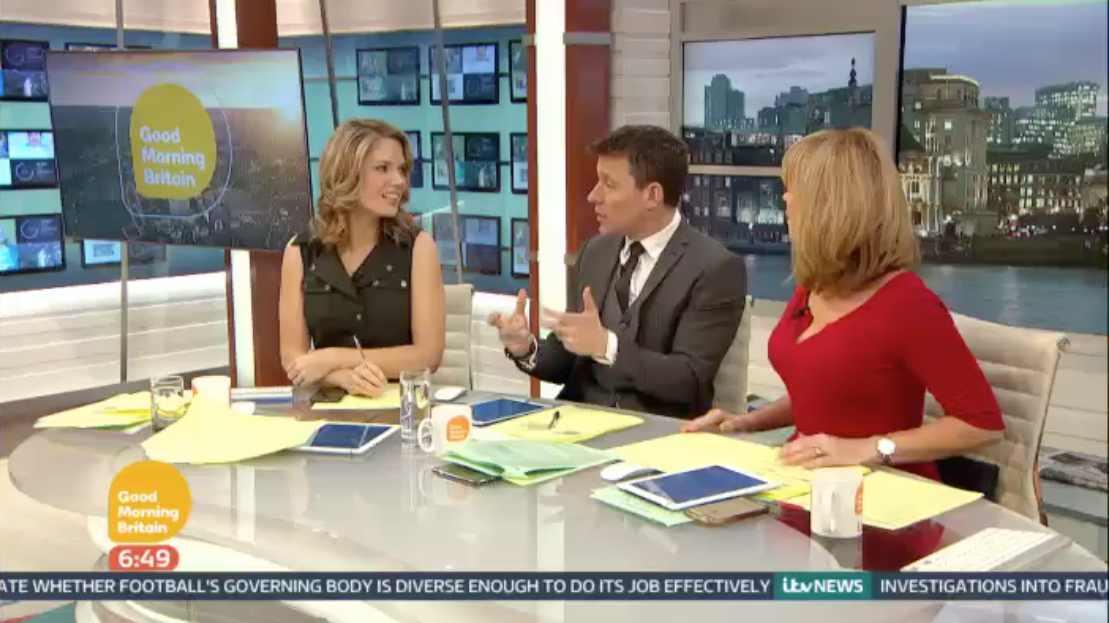 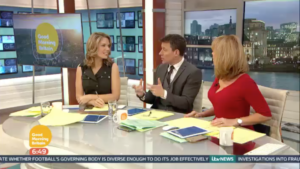 With over a decade of experience teaching handwriting, I have developed an expert understanding and knowledge of this complex skill, and I regularly share this knowledge with parents, schools, teachers and children. I am currently teaching handwriting to over 1,000 children every week, across both primary and secondary schools, all the way through to GCSE level; therefore, I have first-hand experience of the pain and difficulty today’s children are currently experiencing, as a result of the poor teaching of handwriting.

Whilst recently watching Good Morning Britain, I witnessed a discussion with Jo Whiley, surrounding the following question “Do children need good handwriting skills in the current digital age?”. This topic was discussed due to a recent survey finding that ‘a quarter of British primary school children aren’t able to join up a word’ and in answer to the question of the debate, Morrells Handwriting are firm believers that children do need good handwriting skills in the current digital age. Handwriting is a fundamental life skill that we believe all children should have the opportunity to master, due to the far-reaching benefits that this skill brings. However, it is actually the response that Good Morning Britain received when they asked this question on Facebook, which has caught our attention.

This Good Morning Britain feature received a monumental response when it was posted to Facebook last week, from parents responding to the statistic on which the discussion was based: ‘a quarter of British primary school children aren’t able to join up a word’. The responses from parents talk about the issues and difficulties they are currently experiencing with their child’s handwriting at home and within homework, surrounding joined up handwriting. Many of the parents disagreed with the rush to use joined up (cursive) handwriting.

One parent posted the following in a comment on the Good Morning Britain’s Facebook post: “The assessment framework says a child cannot be a greater depth/above average writer if they don’t write in cursive” and this is completely accurate. 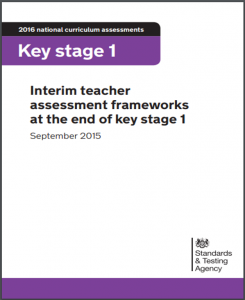 Until last week, the Key Stage 1 Interim Teacher Assessment Framework required children to be “using the horizontal and diagonal strokes needed to join letters in some of their writing” to reach the expected standard (EXS). However, in order to reach a greater depth standard (GDS) children are still expected to be “using the diagonal and horizontal strokes needed to join letters in most of their handwriting”.

There had been an air of panic amongst teachers who ended up cutting corners in their rush to ensure that their children were using joined up handwriting by Year 2. In order to achieve this schools have been opting to teach the continuous cursive method with its baseline entry and exit strokes because of the pressure to tick the boxes of the handwriting statements in the Interim Teacher Assessment Framework, especially for the greater depth standard. It is for this reason that some schools are now teaching the continuous cursive method from Reception. The fear of the consequences of failing to tick these boxes has caused a chaotic rush to join too. However, from my extensive handwriting experience, I have seen that the ‘nice’ handwriting created by the continuous cursive method is often illegible by secondary school and this short term gain at primary school has a long term pain for those who have to unpick it for GCSE exams.

I am not alone in my view of the continuous cursive method and this rush to join from an early age. The National Handwriting Association has published a number of articles about the pitfalls of this method and joining too early.

Here two of my posts discussing the continuous cursive method –

Why are schools choosing continuous cursive when there’s little evidence to support its effectiveness?

Put a Pause on Cursive Handwriting

Likewise, Ruth Miskin, Read Write Inc, stated the following, “If you have told your children that every letter starts on the line, you will now have to tell them that they don’t”. She then went on further to say “teaching entry strokes makes it hard to teach joined up handwriting later”.

Are children losing the love of handwriting?

This premature rush to get children to join their writing is also causing more and more children to lose their innate love of handwriting, with many becoming frustrated and angry with writing. Why? If we take a look at the wording on the Interim Teacher Assessment Framework handwriting statements, they conflict with the National Curriculum.

It is the omittance of the word ‘start’ and the inclusion of ‘some’ and ‘most’ within the Interim Teacher Assessment Framework handwriting statements which is where the problem lies; the definition of the word ‘start’ is to begin a movement, activity, or undertaking; therefore the National Curriculum is stating that at Key Stage 1, a pupil should begin joining. However, the Interim Teacher Assessment Framework states that a pupil should be ‘using’ joined up handwriting. It is no wonder that there is so much confusion amongst teachers surrounding the joining of handwriting.

There is further contradiction and confusion when we examine the exemplification materials for the Interim Teacher Assessment Framework, as the examples do not match the handwriting statements themselves. No wonder teachers regard these assessments as a “disaster”. 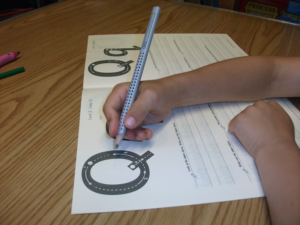 Furthermore, we believe that it should be a statutory requirement that left handed pupils should be receiving specific teaching to meet their needs at this developmental stage, to help them master legible handwriting and continue to love writing. Although this is mentioned within the National Curriculum, it is only within the non-statutory requirements of the curriculum and leaves left-handed writers at a disadvantage.

Are the Interim Teacher Assessment Framework handwriting statements for Key Stage 1 age inappropriate? If we look at the gross and fine motor skills of this digital generation, then yes they are inappropriate. Key Stage 1 children do not have the muscles in place to steer the pencil efficiently across the paper, let alone join up their letters. Sadly, the lack of outdoor play has left this younger generation with a poor pincer grip and weak core strength and as teachers, we should be laying firm foundations to help children to get ready to write instead of rushing them to join.

I have never seen SAT’s results appear on a CV; however, GCSE results do. Therefore, we should be focusing on teaching children in Key Stage 1 letter formation, the foundation of handwriting and allowing plenty of time to practise this developmental stage, so they can master the skill of legible, fluent and fast handwriting, which they need for GCSE exams.

As a result of our first-hand experience and knowledge, the rush to join handwriting using the continuous cursive method has resulted in the current epidemic of illegible handwriting in our secondary schools. This needs to stop now before the next generation lose the enjoyment I have seen many children experience when they are writing.

Look out for the government petition to “Ban the testing of handwriting in primary school“. If you believe that the continuous cursive method should be stopped and the focus should be writing legibly please join us in this campaign and register your support by signing our petition.