Turning the Tide on Pre-Cursive Handwriting

The introduction of the primary teacher assessment framework fuelled the desire for cursive handwriting for all 4-11 years old, enabling pre-cursive and cursive handwriting with the lead-in or entry stroke to resurface having been banished from schools many years ago.

Just to be clear – there are many aliases for cursive handwriting: fully cursive, continuous cursive, cursive script, cursive with a lead-in stroke or entry stroke and joined-up.

It has been said that pre-cursive was introduced into schools to help with the transition between printing and joined-up handwriting. This is a myth!

So how did we get here?

Some would argue that lack of professional development and poor teacher training has led us to this point. I disagree. I would rather ask you to consider that well-meaning teachers may have been hood-winked by government policy, online resource publishers and special needs groups that coerced them into believing this was the best method for teaching handwriting.

Let us be clear; the teaching of cursive handwriting with the entry/lead-in stroke has never been a statutory requirement before the end of Key Stage 1, just an expectation to teach it by the end of primary school. Likewise, there are no governmental directives or requirements for teachers to teach any pre-cursive or cursive script from Reception and in Key Stage 1. 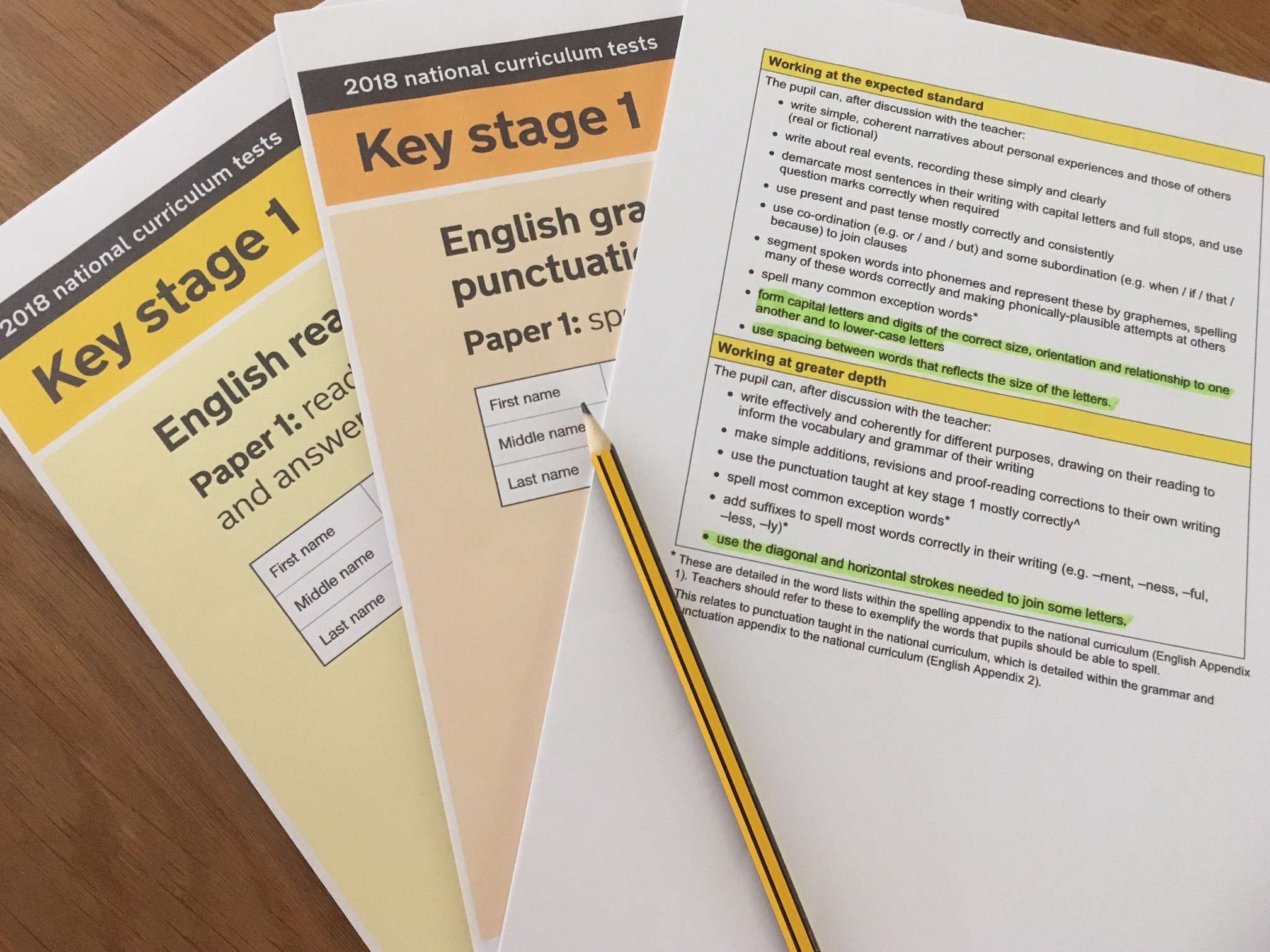 Yet pre-cursive and cursive with an entry/lead-in stroke is now frequently taught in Early Years (including nursery schools) with teaching staff expected to change their own style to model it, some with great difficulty.

Many stories are emerging of teachers staying after school, spending an hour or two adding the ticks and flicks into their handwriting to comply with school policy. Surely there are better things for teachers to be spending their time on!

The Elephant in the Room

Parents have quite rightly questioned the teaching of the entry/lead-in stroke with many being at loggerheads with the school handwriting policy, even withdrawing their children from the school, citing the policy as their reason and stating that it is having a detrimental effect on their child’s well-being and mental health.

Primary schools are reluctant to talk about why they have introduced pre-cursive, stating that it is a government policy and that they are following the National Curriculum.

We visited officials at the Department for Education at the request of Nick Gibb MP, Minister for Schools. The government officials were surprised that pre-cursive was commonplace in schools and concerned that pencil grip was not readily corrected, despite it being a statutory requirement in the National Curriculum. 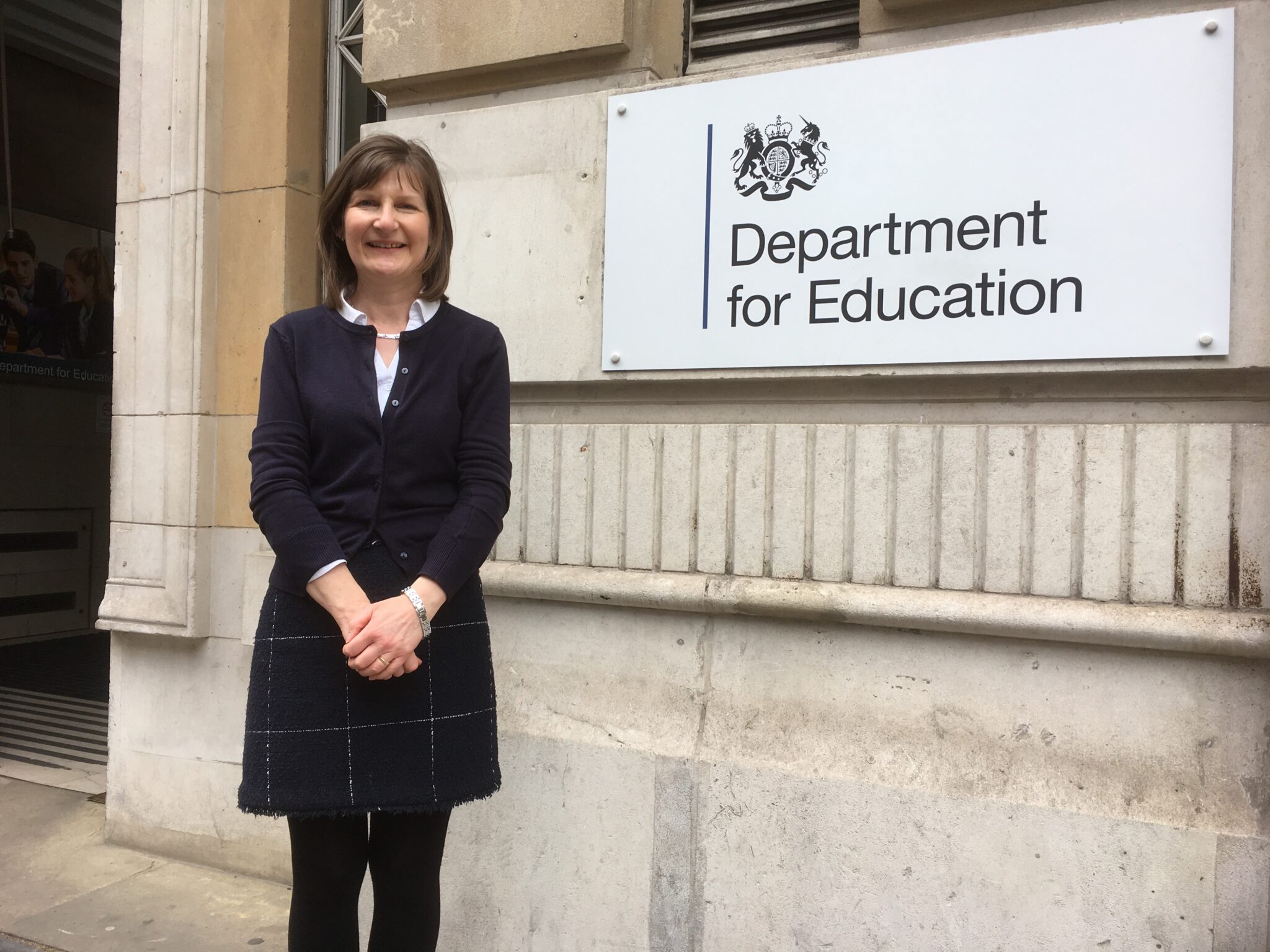 So do pupils have to use joined handwriting to be awarded ‘greater depth’ at KS1?

The Standards and Testing Agency wrote: ‘by the end of KS1, as stated in the national curriculum, pupils are expected to start using some of the diagonal and horizontal strokes needed to join letters, and understand which letters, when adjacent to one another, are best left un-joined. There is no expectation for handwriting to be fully joined at any standard in the KS1 frameworks.’

Nick Gibb stated that ‘The English programmes of study sets out that pupils should revise and practise correct letter formation frequently and that they should be taught to write with a joined style as soon as they can form letters securely with the correct orientation.’ He further stated that the ‘Statutory assessment enables schools to be held to account for supporting their pupils to achieve.’

When in office, we showed the former Secretary of State for Education, Damian Hinds MP the pre-cursive script and evidence of the damage it caused. He stated to us that he would ‘ask his officials to consider whether they have other means to influence teaching practice in this important area.’

Developmental milestones are important for every child. Ignoring the signs that children are not developmentally ready for writing in an overly cursive style will have lifelong consequences. Cognitive overload is common place.

Skipping the process of pre-writing skills and letter formation and instead introducing pre-cursive with an entry/lead-in stroke from the start when a child has underdeveloped motor skills will leave them with significant learning gaps.

Poor handwriting skills are now very common with waiting lists for private handwriting tutors at an all-time high. Many secondary schools now reteach printed handwriting and correct painfully slow pen grips that have been left uncorrected during the primary years.

One-to-one handwriting tutors can offer coping strategies to produce legible handwriting, but it won’t last. I only have to look at a child’s piece of ‘neat’ handwriting displayed by handwriting tutors on social media to recognise the stresses endured to achieve it. It is just sticking a plaster over the underlying condition and root cause of poor handwriting.

You can have a beautiful building but if it is not built on solid foundations then at some point it will collapse, and their handwriting collapses, usually in secondary school around Year 8.

The Tide has Turned

During lockdown, homeschooling has given parents the opportunity to turn the tide on cursive handwriting, focusing instead on cross lateral training, posture and pen(cil) grip, as well as the correct letter formation. We would like to think that this new way of teaching handwriting could catch on.

Let’s be straight, we are not against teaching cursive handwriting in our primary schools, but there is a right time to teach it.

Over the past few years I have worked in a number of schools where they have switched from pre-cursive and cursive with an entry/lead-in stroke and it has been wonderful to see every child enjoying handwriting. 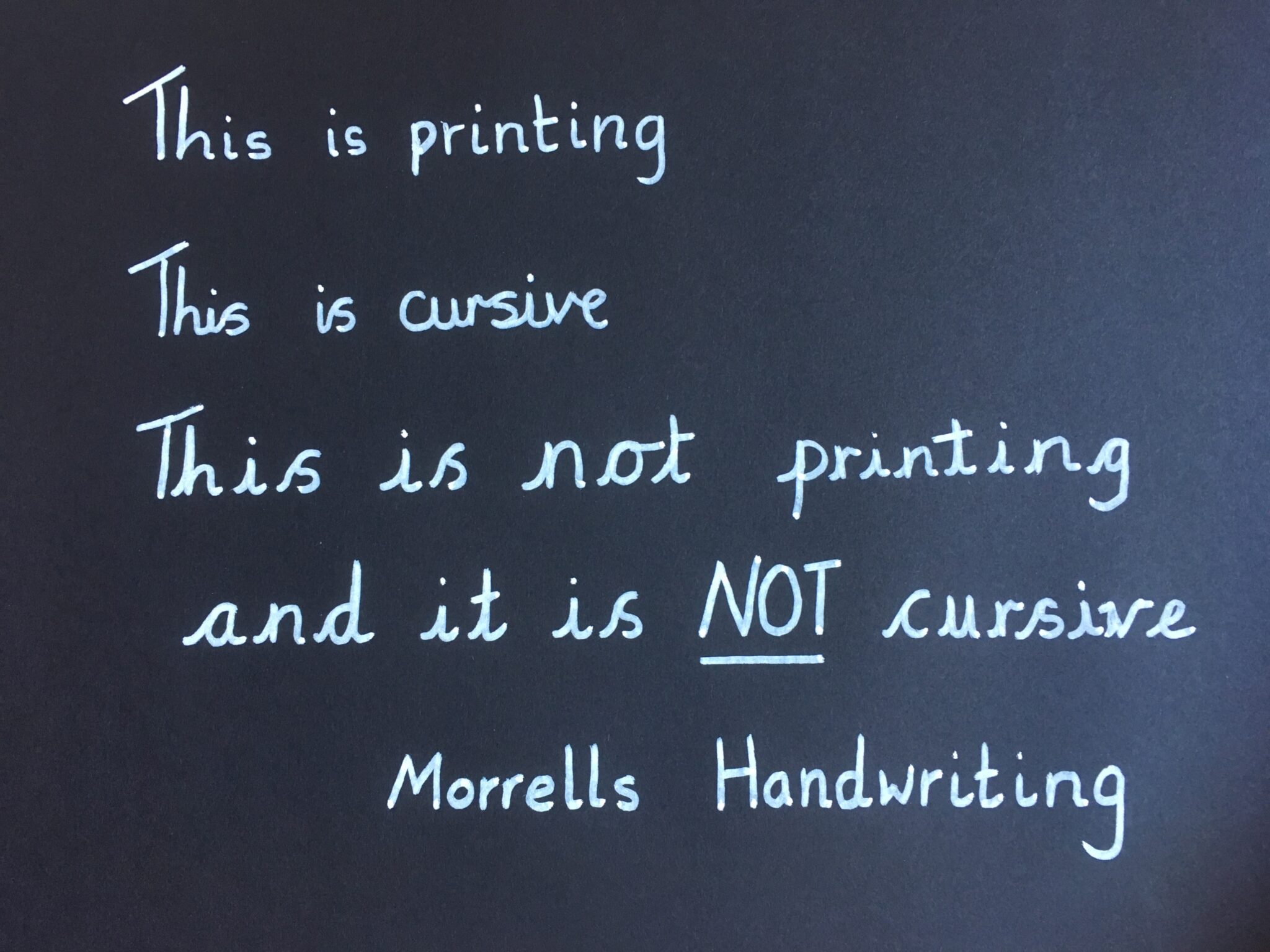 They have made it the new priority to teach pre-writing skills in the early years, with cursive not being taught until the child is developmentally ready.

At one of these schools, an Ofsted Inspector mentioned that he had not seen one untidy book during the entire inspection.

We welcome this new change and we would urge all schools to abandon the early teaching of pre-cursive and cursive handwriting, especially with an entry/lead-in stroke.

Where do we go from here?

Ever wondered why your child is struggling to get ideas down on paper?

Do you feel that your child is behind with their development compared to others in their class?

Have they had intervention at school, but you are still frustrated with their poor learning skills?

Experts agree that children require well established motor skills as well as postural control and bilateral coordination to enable them write in a neat and legible cursive handwriting style. Rushing along without addressing the underdeveloped cognitive skills will lead to extensive learning gaps in all areas throughout school life.

Look out for our expert guest blog on this very subject coming soon!

We believe the emphasis should be placed on PE and cross lateral activities in EYFS and Key Stage 1 to prepare a child for writing, focussing on letter formation from Reception until the summer term of Year 2, when they are ready to start learning cursive handwriting and using it in some of their writing.

You would not expect to run a marathon straight away without training first, so why do we expect 3-4-year olds to be able to drive a pencil through cursive handwriting?

Build strong foundations from the start.

Invest time in pre-writing skills including holding a pencil correctly. An incorrect pen(cil) grip will impact learning later on, so please correct this in primary school.

Teach the correct letter formation in their handwriting families, which is a statutory requirement in the National Curriculum.

Finally, move with the turning tide and wave goodbye as we abandon the entry/lead-in stroke once and for all.